Hotel Loyalty in the Post-Transaction Era 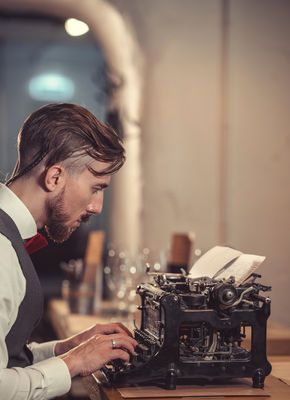 Here's what we also know about loyalty. An MIT Sloan Review showed that loyalty programs are growing at 9% per year, but the number of customers to actively participate is only about 50%. The Loyalty Report of 2017 showed that the average consumer is participating in 14 loyalty programs, but only has the ability to engage in 7. And a 2017 JD Power report noted that while a loyalty program has the power to boost brand loyalty via transactions among a certain percentage of members, only half of loyalty members know how to earn and redeem their points. It has become clear that complicated tiered programs based on long-term investments by the guest fail to recognize the needs of today's travelers.

Let's be clear that the points-based rewards programs these studies rely upon, those that are so popular in the hotel industry, are not loyalty programs exactly; they are marketing programs meant to drive bookings. For most brands, only a small segment of your overall proportion of guests will make a longer-term commitment to your brand on a strictly transactional basis. We don't live in a purely transactional culture anymore, where companies can expect repeat business based solely on dollars. We live in a digital society where the rules of loyalty have changed. Where the pace is fast, the expectations higher, and guest loyalty a thing achieved by a nuanced dance of digital and in-person service.

Part of the problem with loyalty programs in a digital world is the slow speed at which they move, especially in hospitality. So much must be spent, which requires not just more considerable sums of money but also time in order to gain/use rewards in a transactional model. However, the new digital guests move quickly. They must be able to get more from a brand than points to feel loyal. And a transactional program doesn't generate anything in terms of emotional loyalty, values loyalty, what I call convenience loyalty. Each of the latter requires a full understanding of your particular guest base and corresponding, genuine commitment to guest engagement.

Let's look at these three ways of generating loyalty in a post-transaction world.

Transactional loyalty programs hope to attain emotional loyalty as a by-product of the program. More stays = more potential for the emotional connection. Greater guest recognition in these programs, which mostly amounts to saying the guest's name at check-in and offering the hope for an upgrade, which may or may not materialize, are the only "emotional" underpinnings of the programs. Truth be told, creating emotional loyalty is a roll of the dice. Very rarely do brands that seek to establish an emotional connection actually achieve one. For hotels, the emotional connection relies as much on the reason the guest is visiting as it does on anything the property can control. For my part, emotional loyalty has been created more often than not on a special trip at an exceptional hotel or B&B, one that I can't generally recreate even when I try. It's a certain je ne sais quoi. A few brands pull off emotional loyalty by carving out a group to which they appeal. Apple, for instance, seems to beat the odds time and again by appealing to writers, artists, and creators. For a hotel, emotional loyalty requires an extraordinary level of guest engagement, whether by means of an owner who creates a personal relationship with the guest or a social media presence that pulls at their heartstrings over and over until they can't bear to stay away.

Ultimately, emotional loyalty for a hotel brand will be harder to come by—generated among only a small percentage of guests—but it can be the strongest form of attachment. These are a top-tier of long-term guests. They should be nurtured through intensive guest engagement, but they won't be the bulk.

Values loyalty is powerful. The shoe brand Tom's has created value-based devotion through philanthropy. Buy one shoe, and a pair is donated. Their products weren't always worth writing home about, but they began based on values then added quality to their products. Many hotel brands give large sums to non-profit organizations; however, I have yet to see one execute on value loyalty the way product-driven companies do. That said, a Phocuswright study entitled "Good Travels: The Philanthropic Profile of the American Traveler" notes that 72% of travelers say giving is important while traveling and millennials were the most generous. The giving piece doesn't supplant price, but it does enhance the trip. To execute on value-based loyalty, hotels must brand themselves across channels as philanthropic and be prepared to appeal to digital natives with access to apps and messaging, and the possibility to, for instance, donate at the touch of a button. The experience is still paramount; values are a bonus that can earn long-term credibility when they are more than a marketing tactic.

Convenience loyalty depends wholly on guest engagement across all digital pathways, and it is where I believe most properties have the greatest opportunity to create long-term, sustainable loyalty that goes beyond transactional programs.

Amazon Prime's membership program, though transactional, is as much a convenience program as anything else, as it engages consumers in a digital world that allows them to shop on any device in any location through an app, if they choose, and offers access to virtually any product in two days. They've added on streaming services and grocery delivery — all for $120 per year. What they are actually doing is reducing time in the car, reducing time buying gifts, and reducing time standing in line and dealing with crowds. Along with the time savings, Amazon offers personalized recommendations and wish lists. It's simple to understand, and the perceived value is felt over and over by the consumer. That's why Amazon takes a giant hit on shipping fees, but they make it up with Prime members annually spending double what non-Prime members spend.

Hotels don't need a pre-paid program to generate convenience loyalty. Instead, they need to perceive value at every step of the way and be fully aware of how easy you have made every process on their behalf. Mobile check-in and checkout is a no-brainer. Pre-arrival texts secure their comfort in knowing that everything is handled and waiting for them. Personalized concierge recommendations delivered via text or customized in-stay promotions, such as spa or golf offers, let them know you value their time and preferences. The ability to order food without picking up the landline will soon be an expectation rather than a bonus. Single any one of these things out on its own, and it may not be a loyalty generator. With a holistic program that aims to engage guests on any device, anywhere, anytime that they want—and that lets them know this is your intention, they perceive the value over and over just like Amazon. This approach creates a sustainable and operationally far more efficient model for loyalty.

There's no one right answer to loyalty. Obviously, some programs are structured in such a way that they can rely on a transactional model, but these are the rare exceptions anymore. Given the speed at which travelers move in the digital sphere, we do know that appealing to a diverse set of needs, both digital and in person, has value in and of itself. But at the core of most any loyalty program that will succeed over time is guest engagement that goes far beyond you know my name and seeks to get at you know my needs.