Creating a Forecasting Model for Swiss Hotels: What’s in it for Hoteliers?

Researchers at Ecole hôteliere de Lausanne are developing a forecasting model to predict guest stays at Swiss hotels. What's in it for hoteliers? 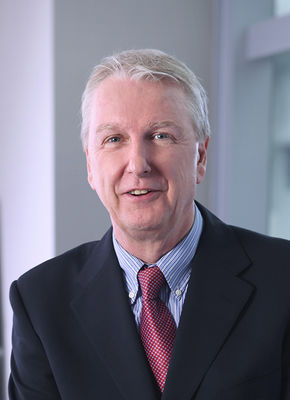 Researchers at Ecole hôteliere de Lausanne in Switzerland are developing a forecasting model to predict guest stays at Swiss hotels but how useful will the model be for hoteliers?

Two assistant professors, Giuliano Bianchi and Yong Chen, decided to create the forecasting model as there has been no such predictive model in Switzerland, a country renowned for its hospitality industry. "We think there's a gap," says Dr Bianchi, "and we wanted to bridge this gap."

Dr Yong Chen says they chose to look into hospitality demand because it's proving challenging for the industry to monitor tourist demand as it changes so quickly. Without accurate demand data, it is consequently difficult for the hotel industry to adjust the supply of hotel rooms.

One of the main factors they examined was the country's GDP or gross domestic product, as well as price levels compared to other countries such as Germany and the UK. The Swiss franc has been strong for decades and the exchange rate clearly has a major impact on hotel stays. However, even a normally rock-solid currency can see fluctuations from time to time.

"If we think back to 2015, what the central bank, the Swiss National Bank, did, shocked the entire economy (when it abandoned its euro-CHF minimum rate of 1.20) and led to a major appreciation of the Swiss franc. That was definitely bad news for people working in the hospitality industry" as it led in the long run, Dr Bianchi says, to a drop in tourist demand.

As the exchange rate has subsequently stabilized, he does not expect it to have a major effect on tourist demand but, in order to compensate for the fact that Switzerland is "a very expensive destination," hoteliers have to make sure the services they provide are "more than up to standard to justify these big prices."

"Happily for Switzerland, the exchange rate is not the only factor," Dr Bianchi notes, nor is price.

"The appreciating Swiss franc is bad news for hospitality demand but tourism demand is not just about economic factors, especially as Switzerland is such a small country," says Dr Chen, adding that the country is unlikely to become a mass tourist destination.

Dr Bianchi says their forecasting model is flexible and could be adjusted for other destinations, as well as regions and cantons. The model may not be perfect as multiple factors have to be taken into account but data

So can hoteliers rely on this particular model?

"Yes, indeed," says Dr Bianchi. "The model can definitely be used for integrating their own forecast analysis. The main idea of this model is to provide a picture of what will be the trends in the hospitality industry, given the macroeconomic variables." He adds that, as it's difficult to forecast hotel nights' stay, "the main use of this model would be to complement more detailed analysis."

To make the forecasting model even more accurate, the EHL researchers are hoping hoteliers will be willing to share data and observations about their own demand patterns. Previous demand data may help predict demand in the short run over, say, a couple of quarters, but the researchers say the long-term picture may be a "completely different picture," with real GDP the main factor affecting hotel demand.

"We assumed that tourism and hospitality are not independent," says Dr Chen, "so that's why we look at the GDP of Switzerland as a destination." Tourism may be important to Switzerland but in reality it accounts for about five percent of the country's GDP. Consequently, he adds, "it's very meaningful for the hotel industry in Switzerland to look at the big picture, not just the hotel itself."

Stuart is Head of Academic Editorial Content. After working as a television journalist in Asia and Europe for nearly 20 years, mainly at CNBC, Stuart switched to digital content development at INSEAD business school and the National University of Singapore. He is currently the Head of Academic Editorial Content at Ecole hôtelière de Lausanne and Editor-in-Chief of Hospitality Insights by EHL.