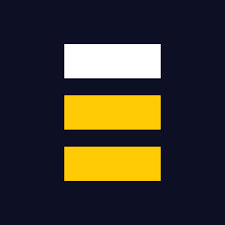 International travel money expert Equals has revealed the cost of a stay in Trump hotels around the world is currently 16% lower than the weekend of the presidential inauguration in January 2017, equivalent to an average price drop of £661 per room.

Investigating prices at the US President's hotel empire Equals (formerly known as FairFX) found costs for a two night stay in 64% of the rooms investigated are as much as 55% lower than when he was sworn into office in 2017.

As the public impeachment inquiry gets underway, how does Donald Trump's hotel empire fare? 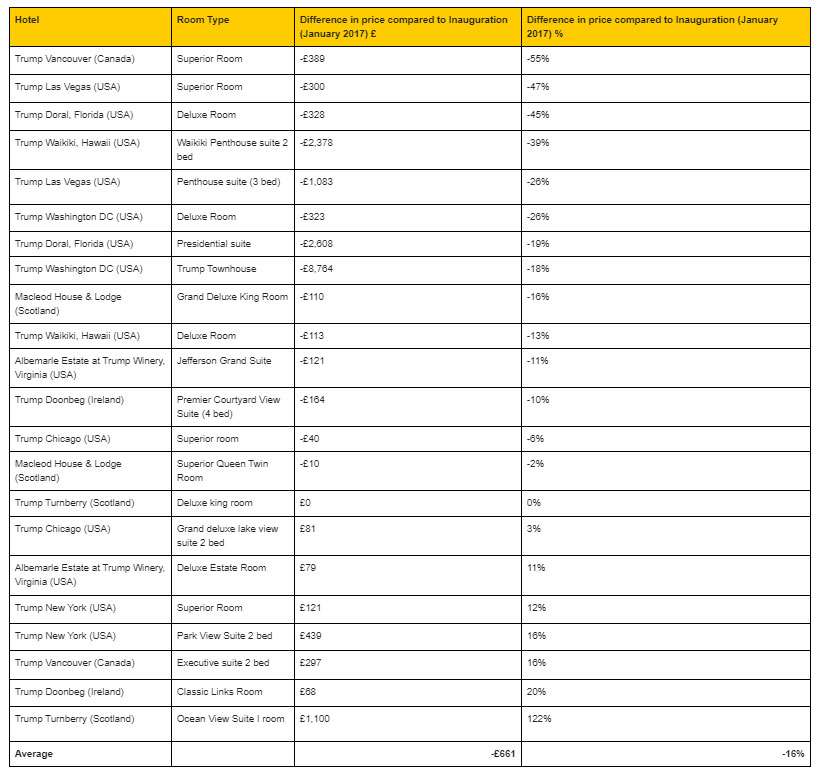 The highs and lows of presidential hotels

The cheapest room found in November 2019 was at the Trump Vancouver in Canada, costing £315 for a two night stay in a Superior Room.

At the other end of the scale, the most expensive room found was the Trump Townhouse Suite, at the Trump Washington, USA. Costing a whopping $25,000 a night, travelers would have to pay £38,736 for two nights if visiting this month, that's an eye-watering £807 an hour.

Compared to January 2017 when Mr. Trump was inaugurated, 64% of room rates investigated in Trump Hotels around the world have fallen in price.

The largest price decrease seen is for a two-night stay in a superior room at the Trump Vancouver in Canada, where prices were down £389, equivalent to a 55% discount compared to January 2017.

The greatest percentage price increase since January 2017 was found for a two-night stay in an ocean view suite at the Trump Turnberry in Scotland, where prices were up £1,100, equivalent to 122%.

"When it comes to holidays, timing is everything and supply and demand usually means the cost of hotels and holidays are bumped up or reduced accordingly."

"Just as Trump hotel prices have fluctuated, it's likely that holidaymakers will continue to experience a rollercoaster of price fluctuations as we head towards a general election on home soil. The political landscape continues to impact foreign exchange rates as voters prepare to head to the polls next month, and even once a new leader is confirmed, ongoing Brexit uncertainty is likely to have a knock on effect on rates."

Equals was borne from a rebrand and reimagining of FairFX in July 2019, and marks a brand new chapter in the long running success story of the company. Equals reflects FairFX's evolution from a traditional foreign exchange business into integrated money management solutions for consumers and businesses using intelligent technology and high quality personal service. From travel money to money transfers, and business finance to expenses, Equals' solutions help customers to get more out of money and everyday life. Equals is authorised by the FCA under FairFX Plc for the provision of payment services. Equals is also regulated by HMRC and holds a Money Service Provider License under FairFX Plc. Since 2007, the company has helped over a million customers to move and manage billions of pounds all over the world. FairFX registered on the AIM market of the London Stock Exchange in August 2014 and gained an e-money licence in early 2017. In the same year, the company acquired CardOneMoney, a digital banking services provider, and City Forex, a foreign exchange provider. As a result of major investments in 2018 and 2019, the Equals Group, through its subsidiary Spectrum Payment Services, was granted Bank of England settlement accounts and direct access to the Faster Payments scheme. In June 2019 The Equals Group was granted a Credit Broker licence, which enables further product development. Equals is a trading style of Equals Group Plc.